Check out our COVID-19 Resource Center for the latest on government relief programs, product updates, and more.

We had to create editors for two different use cases almost polar opposite in number of features they have. One was a simple editor to post status and the other was document editor for templating business agreements.

At Rippling, we use React for creating almost all our user interfaces. We wanted to create a simple interface where people could share their status. We also wanted ability to add rich text and mention other people in our status post editor. So we decided to go with building an editor component of our own instead of using a textarea.

We explored DraftJs and SlateJs. Both are very well maintained and leading projects in React Ecosystem.

Below is the gist of how you can start with DraftJs plugins to create a post editor and get html out on submit.

Working example in the sandbox below.

We had to replace our existing Summernote based editor because we were facing a lot customer issues while pasting documents, creating tables and placing images.

We wanted to create a trimmed down version of Google docs, so that our users can create document templates using the editor in our apps itself. 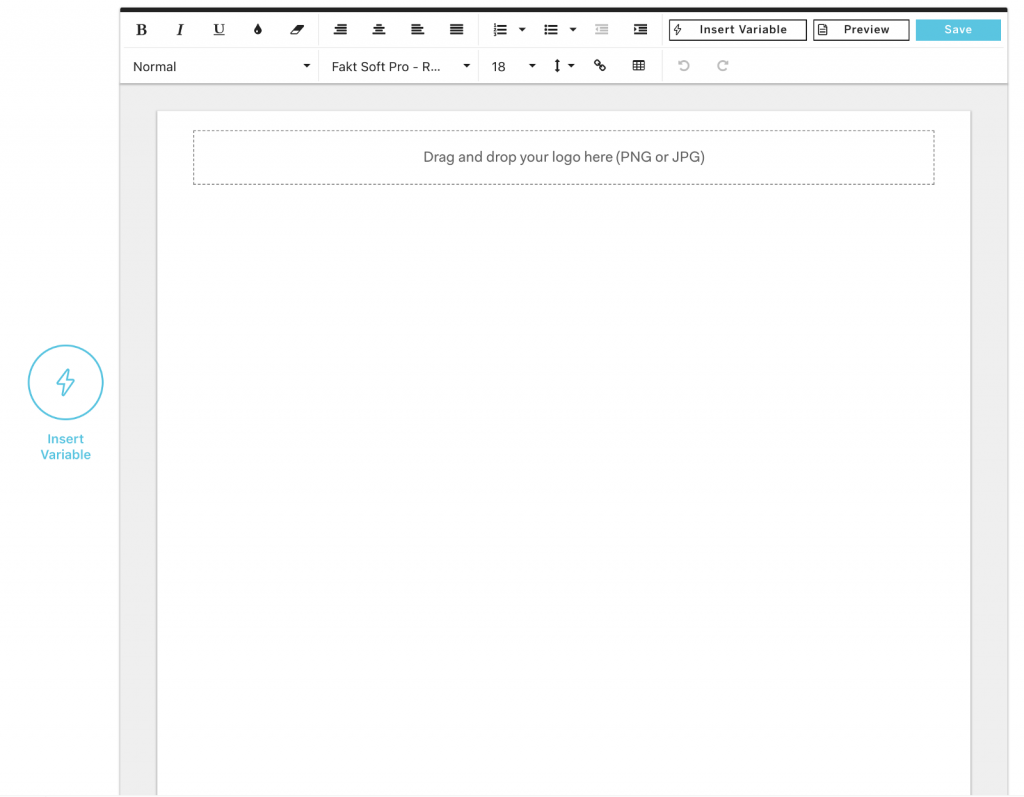 First, we tried SlateJs and using DraftJs plugins the main problem was that we would have to build the whole editor by scratch.
You can see the above trimmed down version of post editor has only one notable feature that is mention. However, building that with even with existing plugin took a lot of boilerplate code.

Essentially, these two libraries SlateJs and DraftJs give you a content editable textarea and a framework around that for you to build your own editor.

Also, Learning curve is significant with both of these frameworks. If you want to develop an editor which is not as limited as the above post editor you would need a good grasp of there API, concepts like immutability of editor state, entities, decorators etc.

These are “Frameworks to build editors” and not editors themselves.

As any early stage startup, we do not have the luxury to spend a lot of time/resources building an entire document editor by scratch. So we decided to reuse an existing WYSIWYG editor as our base component and create a wrapper over that to add custom features.

There are a lot of editors to choose from some are paid some free. Some created using DraftJs/SlateJs and a lot of them are using jQuery/Vanilla JS. They also tend to differ in features and API.

To decide on one we first made a list of what we are exactly looking from the editor. We created a list of tests to shortlist the editor we would use based on the pain points we had with Summernote.

One Editor stood out and met most of the above tests Froala.

Even though it was NOT an open source or free to use Editor.

It is an excellent editor which is very well maintained, has rich and extensive API with reasonably good documentation.

Also if like us if you want to build a document editor Froala has a special mode called “Document Mode”.
Check out Froala docs. They also have a React integration to get you started.

This is how you can create a wrapper around Froala using React-froala and get started.

If you have a limited use-case like chat-box, post editor, comment widget or the likes. DraftJs plugins Editor is the way to go. Most of the plugins (at least the official ones) are created I guess keeping these use-cases in mind. You will find emoji plugin, mention, link etc.

If you have a Content Management System like Medium or GitBook to make, you would ideally want to create your own editor from scratch. I would prefer SlateJs any day over DraftJs for this. You get all the good parts of DraftJs without any of it’s limitations. Read “Why SlateJs?” here.

If you want to ship your WSYWIG editor fast and you do not have resources in writing an WSYWIG editor from scratch, use an existing editor like Froala.